I was lucky enough to live and work in Siem Reap, Cambodia for about a year in 2009-2010. During my tenure at the non-profit organization, I carried out program research in underdeveloped rural communities, including pilot research, implementation, and follow-up activities. I had many opportunities to explore the countryside while also enjoying the multifaceted and continually transforming cities. Although I was familiar with the events in Cambodia during the 1970s, and had additionally heard many sorrowful stories from individuals that I worked with, I was unprepared for this experience. I tried to objectively look at the situation, as an ex-pat and tourist, but because by that point in my job I personally knew ex-Khmer Rouge soldiers, as well as countless individuals whose lives were forever changed, S-21 hit me like a rock. I used my camera as a type of defense mechanism on my first visit in order to separate myself from the despondence, but returned again in order to experience the museum fully.
The photos below include Tuol Sleng’s four main buildings, one of which was encased with barbed wire in order to prevent prisoners from jumping to their deaths. The rest of the buildings were converted into both group and individual prison cells, complete with bars and torture tools that are now on display for visitors. Additionally, I included a few shots that have visitor writing on the walls and/or in books. 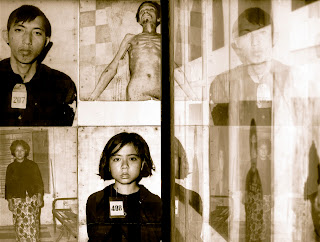 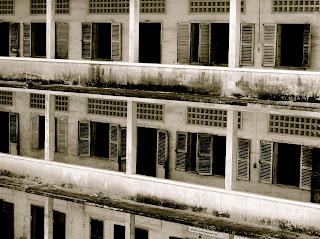 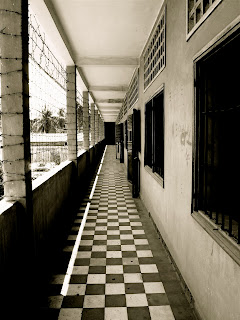 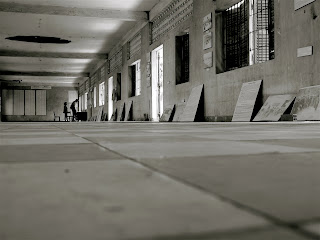 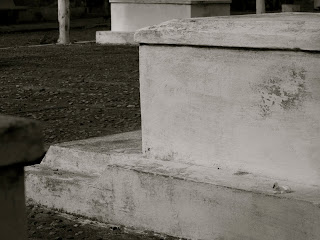 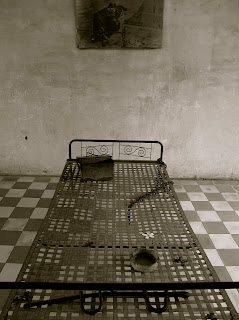 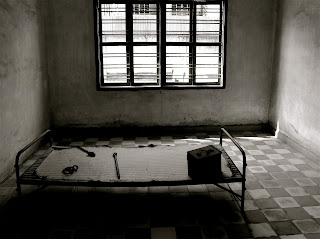 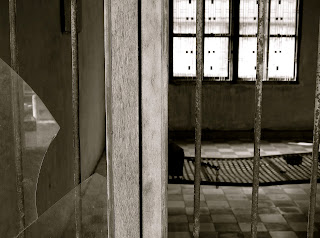 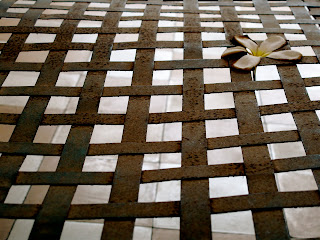 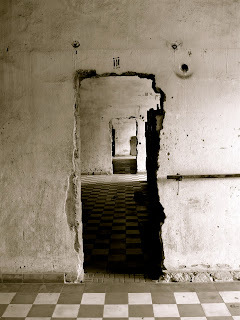 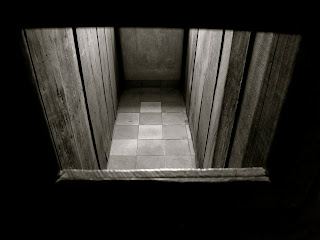 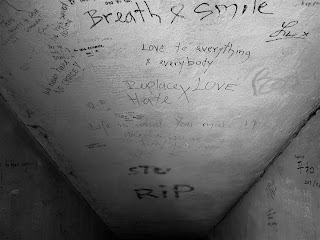 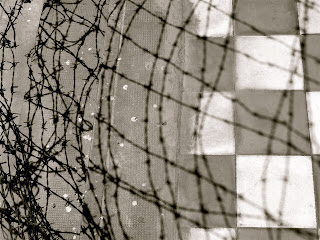 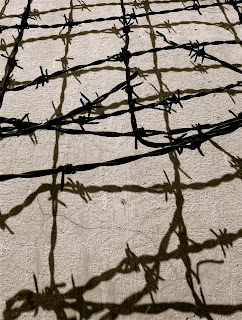 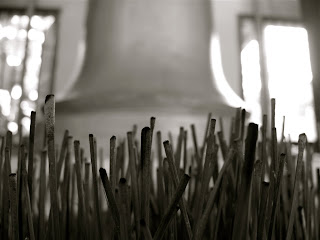 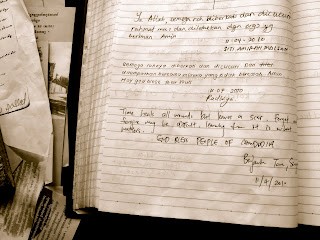 While living in Siem Reap, Cambodia last year I had the opportunity to visit Phnom Penh’s Tuol Sleng Genocide Museum (also known as Security Prison 21, or simply S-21). The site was originally built as Chao Ponhea Yat High School years before it was converted in 1975 to a makeshift prison. During Khmer Rouge occupation, rooms were transformed into tiny brick and concrete cells, barbed wire was laced throughout the encampment, and various types of torture chambers were scattered throughout the complex. For the next four years, Khmer Rouge officers imprisoned and tortured an estimated 17 thousand individuals, of which only 7 survived.
If visiting Cambodia, I urge you to travel down to Phnom Penh (which is routinely skipped over) and visit S-21. Although it may be difficult to complete the tour of the four large buildings, it is truly one of the most remarkable locations I have ever seen. To imagine people actually living out their days imprisoned and tortured in these small spaces is almost unfathomable. While visiting S-21 a second time, my sister broke down and cried outside the thousands of anonymous prisoners pictured in one of the group holding cells. It truly is a sobering experience.
As a tourist location, S-21 offers a piece of Cambodia’s recent history put on display for travelers. The space is re-imagined through current visitors that swarm (yes, it is a very popular site) in and out of prison cells and barbed wire, seeking answers to questions from tour guides that you can pay for at the entrance. And even though each visitor’s experience at S-21 is unique, each visit is also framed by cultural perceptions and a visitor’s sense of identity. What the visitor takes away from Tuol Sleng is highly dependent on what they knew before they visited, their identity-related needs that are tied to reasons for visiting, as well as types of conversations they have while in the museum, by what they do and see in the museum, and by what they think about, see and do after they leave. As captivating as the Tuol Sleng Genocide Museum is, it unfortunately is a very recent tragedy and one that still haunts many of Cambodia’s current population.
Notes: I do not intend to strictly parallel Cambodia with the Khmer Rouge through these photos. As you may know, it was a terrible time in the country, but in no way do current Khmer define themselves by these events. They are remembered as a part of a history, but not their entire history. Additionally, many Khmer Rouge soldiers held out in villages up until the mid 1990s. Although the "official" Khmer Rouge time frame is 1975-1979, in reality it was from the 1950s through the mid-1990s. Two of the villages that I worked with during my tenure in Siem Reap Province were sporadically invaded by Khmer Rouge holdouts for years after 1979. Many perished, but the ones that survived are anxious to find stability after years of continued economic and social unrest. It is a pretty amazing situation. And, from what I heard while living in Cambodia, the country has come a long way since the 1980s and 1990s and continues to re-build everyday.
If interested in some further reading, I recommend Why Did They Kill? Cambodia in the Shadow of Genocide by Alexander Laban Hinton. It is one of the first anthropological attempts to investigate origins of genocide. For a more intimate reflection on an individual’s experience growing up during the Khmer Rouge, I suggest First They Killed My Father: A Daughter of Cambodia Remembers by Loung Ung.
Lastly, in July 2010 Kang Kek lew (also known as Comrade Duch), director of Tuol Sleng prison during the late 1970s, was the first Khmer Rouge member found guilty of crimes against humanity, torture, and murder in his role as the former commandant of the S-21 extermination camp. He was sentenced to 35 years in prison.